You are here: Home NCERT Books

All IAS Aspirants should read NCERT text books to cover History syllabus of IAS Preliminary and Mains exam. I have already listed the important NCERT Books for UPSC. In this post on NCERT books for IAS preparation I have suggested that you should refer old syllabus NCERTs for Ancient and Medieval Indian history. The NCERTs I am referring to are Ancient India by RS Sharma, Medieval India by Satish Chandra and Modern India by Bipin Chandra. Unfortunately, these old syllabus NCERTs are no longer in circulation and even used books are very hard to find for most aspirants.

For this reason I am suggesting alternatives to these History NCERT books written by the same renowned authors – RS Sharma, Satish Chandra and Bipin Chnadra that are available for purchase online and contain the same information as found in their NCERT versions.

The first book is India’s Ancient Past by RS Sharma, renowned authority on Ancient Indian history and author of the NCERT text book I referred to. A little excerpt about this book from its online page:

This book deals specifically with the origin of various empires and religious cultures in the growing periods of India. It also charts the beginnings of different geographical, linguistic, and ecological phenomenon.

Sharma also gives information regarding the cultures dominating in the Neolithic, Vedic periods and during the Harappan Civilization.

The book provides insights about the rise of religions such as Buddhism, Jainism, and others along with the development of territorial states. Breaking away from the traditional factual recording seen in history, India’s Ancient Past provides an easy-to-comprehend reading structure as it deals with several topics such as urbanization, Varna system, commerce, science, and much more.

Sharma also assesses the transition periods from Ancient to Medieval and the changes that occurred as a result.

From this brief summary, we realize that Ancient Past by RS Sharma covers the entire scope of the old syllabus NCERT and goes even further into the transition between ancient and medieval past of India. A recommended read for not just Prelims but also Mains culture part. 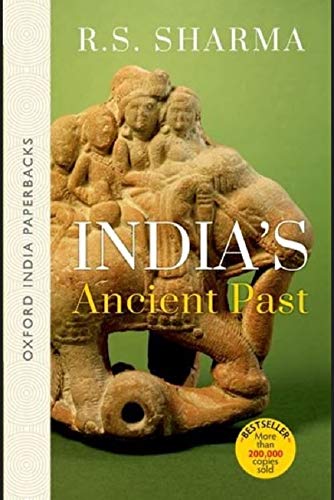 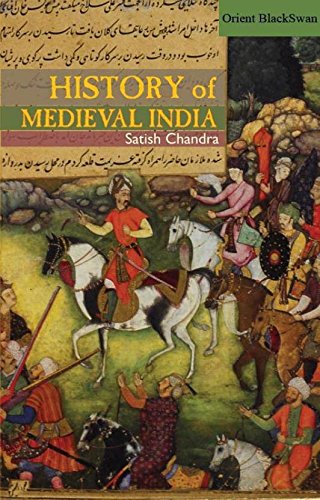 The second book is History of Medieval India by Satish Chandra who had authored the old syllabus NCERT on medieval Indian history. From the page summary we know that:

Satish Chandra’s History of Medieval India is a comprehensive overview of the history of the Indian subcontinent during the thousand-year period between the eighth and the eighteenth century. History of Medieval India studies this interesting period in Indian history when the land underwent drastic changes, deeply influenced by the invading armies, Religious Movements and the vicissitudes of the changing political, economic and Cultural scene.

From the table of contents, we realize that History of Medieval India is much more detailed than the NCERT text book it replaces and will equip IAS aspirants with complete knowledge of India’s medieval history.

These books are timely replacements for the NCERT books that are no longer in circulation and the best part is, they are written by the same authors who authored the old syllabus NCERTs.

The third NCERT book to refer is Modern History authored by Bipin Chandra. This book is also out of circulation. Fortunately, a much more elaborate book on modern Indian History than the NCERT text book by the same author is available. India’s Struggle for Independence starts from the revolt of 1857 in the 19th Century and continues till the Independence and partition phase. It covers the rise of nationalism, decline of indian capitalism, Gandhian era, Congress movement etc. in good detail. Struggle for Independence is a must read book for Prelims as well as Mains exam.

Where to Get Old Syllabus NCERT Books